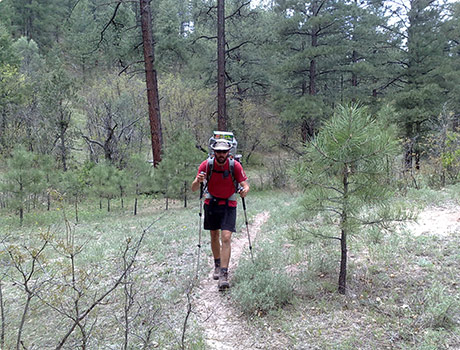 We’ve made this mistake a number of times… Most of the trail we’ve walked on in New Mexico is frequented by cattle far more than humans, and it’s often all too simple to keep following the cattle tracks off to some green water somewhere when in actually fact the trail heads off in a different direction.

Well this happened quite dramatically today, but unusually the tracks led up to a deadend canyon, which we had to scale the vertical walls of to get out! Thank god for the GPS on our phone though, or we wouldn’t of had a clue where we were.