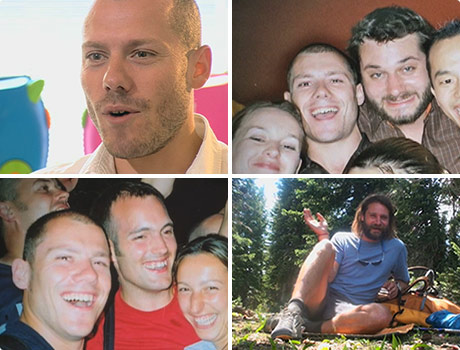 You might already know Rob, he invented the Trunki, he’s been on Dragons Den and is currently spear heading an advertising campaign for Orange business. He’s also also a great mate of me and Paul, Orange have just produced a short film about him and we almost fell off our seats laughing at some of the old uni pictures, nights out and holiday pics of us all spanning the last decade! Check out the film here. We shot some footage of our thoughts about Rob (although they only seem to of used the sensible ones for some reason) and posted them back, they even included some shots of us we had on there of our trip, looks really good :)

One thought on “He is Rob Law”