I drew a picture of Eddie the other day to decorate my desktop, if you want a stylised cat face on your computer too, then download it here »

It’s been many-a-month since I last posted a desktop, so just in time for Christmas I’ve drawn this reindeer to bring your screen some extra festive feeling :) It’s actually re-purposed from the site I’m currently working on, hopefully should launch in the new year, will be good to get some fresh work up on the internets after my long sabbatical.

For those interested in such things, the Phyllotactic Spiral used in the background was created with a Scriptographer script, their Illustrator plugin is my new favourite thing. And their Paper.js HTML 5 vector graphics scripting examples are blowing my mind. 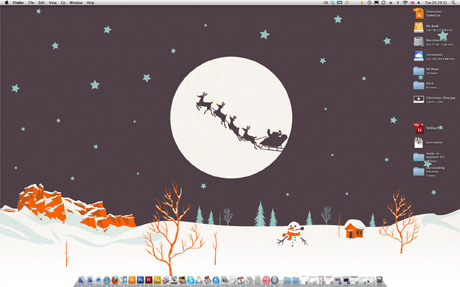 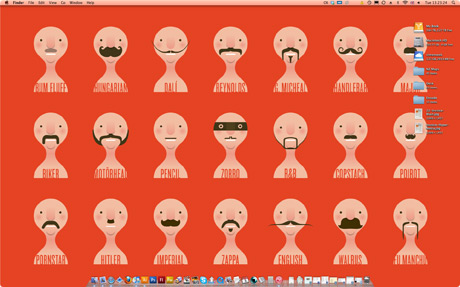 Well we’re 3 days into Movember, so here’s a summary of possible moustache styles in desktop picture format to inspire all those taking part this year. If this is the first you’ve heard of Movember then you should sign up and help change the face of men’s health.

The illustrations are actually taken from a fun Movember related site I’ve been working on, more details when it goes live… soon!

Here a close up of the Zorro tache: 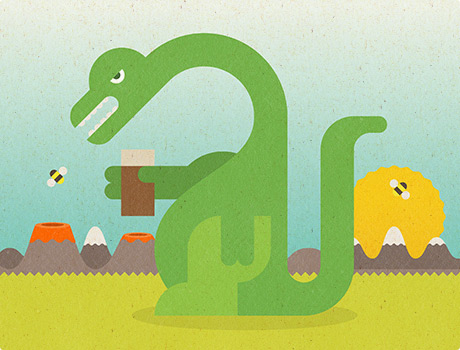 Michael Crichton’s fictional tale Jurassic Park saw scientists bringing back dinosaurs from the dead by extracting dino blood from a mosquito preserved in a blob of amber. Seems like fact is catching up with fiction, they’re not building a funfair though, oh no, a brewery instead! Good lads :)

Apparently they’ve extracted a 45 million year old yeast from the belly of a bee trapped in a blob of amber. So after a long rest the yeast can finally get down to what it was born to do – turn sugar into CO2 & booze.

There’s a bit more of a backstory to it than that, Wired have got the lowdown on the prehistoric beer.

Apparently it’s due to be released in the Autumn, but there’s currently not much on their Fossil Fuels website.

Click on the dino pic to grab a desktop picture. 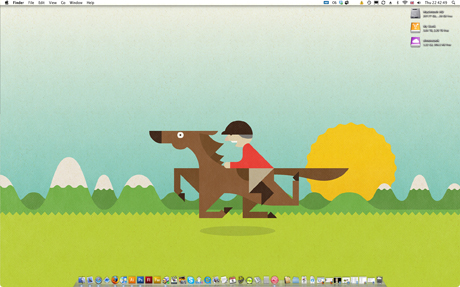 I was doodling last night with the intention of drawing a bear, but I ending up with this horse. Stuck it on my desktop and I must say, it’s the best one I’ve had on there for a while. You can download it for yours here »

I thought I might as well make a few quick desktops out of the graphic I made for the previous post. Here are 4 of my favourite designer chat up lines:

I’m just like a global nav; I love to be on top. – Get this desktop here »

If you like what you see now, wait’ll you look below the fold – Get this desktop here » 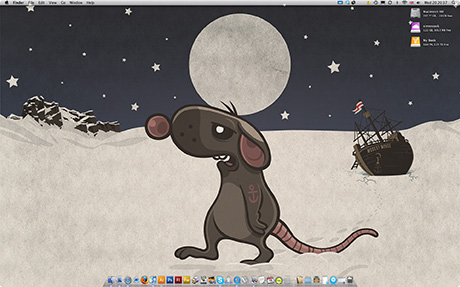 Feels like an age since I last did any drawing, well luckily the beer making Beck’s came to my rescue and commissioned me to reinterpret a famous album for their Cover Story project. I had to pick one from Pitchfork’s top 100 albums of the past 4 decades, my favourite album Moon & Antarctica by Modest Mouse was on there, so it was a easy decision.

Sadly my Reserved Rat won’t be seeing the light of day because it’s apparently too attractive to kiddies for booze related branding.. Well worry not, that means you can download it and have it on your desktop instead :)

My favourite album was Rex’s cover of the Beatles – Let It Be. Modern Toss made quite a corker too. You can see all of them here.

I’m not blown away Modest Mouse’s album artwork, so if you’d like to update your iTunes artwork (like I did) then best use this square version here. 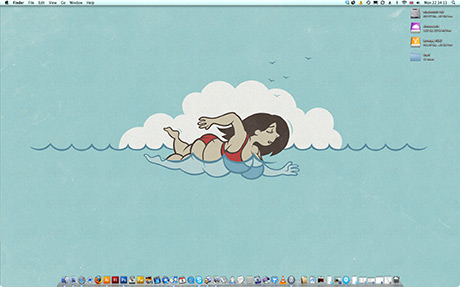 It’s been a while since I’ve posted a new desktop and I’m getting bored of looking at my last one. Who could resist the chance of having a voluptuous lady swimming across their screen all day? Well grab yourself the desktop here » 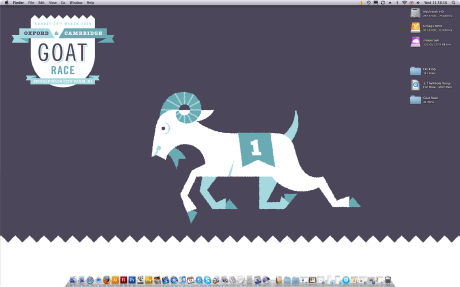 This is a bit of a sneak-peak of something I’ll be bloggin’ about in much more depth once the details are finalised. Needless to say – expect racing goats, much boozing and funtimes all round, so keep Sunday 29th March free for the Oxford & cambridge Goat Race ;)

I’ve made two desktops, get the running goat one pictured above here » 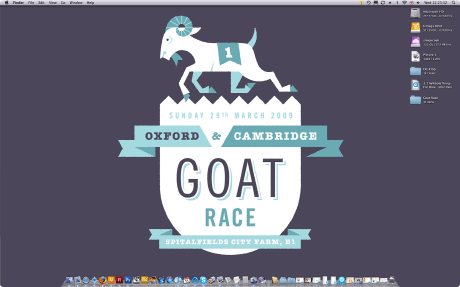