I’ve been doing a bit of gear window shopping lately, here’s a list of stuff I want: 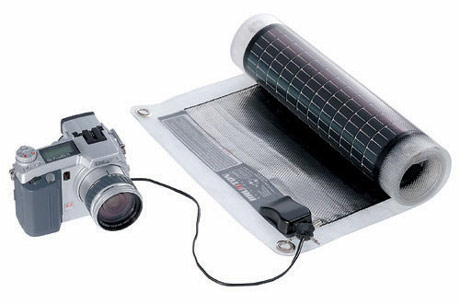 Portable Power: Brunton SolarRoll 9, it’s always a pain having to carry around spare battery’s for my video camera, so I thought this year I’d try out a portable solar panel. This one looks the best to me, I was going to plumb for the SolarRoll 9 which according to the specs has enough wattage for charging video cameras and only weighs 300g. Moontrail have it on sale at only $219, which is the best price I’ve seen.

Tent: MSR Twin Peaks, I don’t need a tent, but if I was going to get one it would be this one. Little more than a tarp really, but looks damn good and is less than 800g. 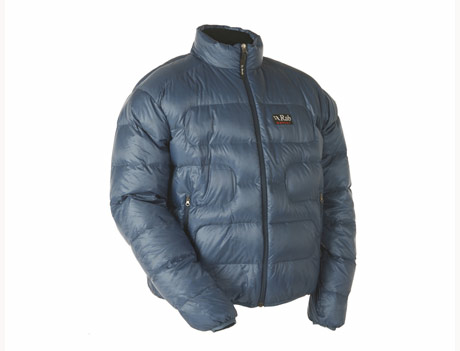 Warm top: Rab Neutrino Light Jacket, lighter and warmer than polar fleece (400g) rolls up to fit in palm of your hand. Got that retro look I like too, favourite colour is denim, in the sale and only Â£97.50 from this shop.

Sleeping bag: Rab Quantum Topbag, ultra lightweight summer bag, only half a kilo and in the sale at Â£100 here. Reason it’s only 500g is there’s no feathers on the underneath, reason being that squashed feathers don’t provide any warmth, so there’s no loss. We’ll see…

Sleeping Pad: Thermarest Prolite 3, I’ve previously shunned these inflatable mattresses prefering the old fashion foam ones, but since the new sleeping bag I want doesn’t have any feathers on the bottom side, I think it might be time to upgrade. I’m going for the 3 series because it’s lighter weight than the 4, think I’ll go for a regular length instead of short for same reasons as above. Costs $85 from Moon Trail, although you have pay an extra $13 for a stuff sack to put it in which is a bit weird? 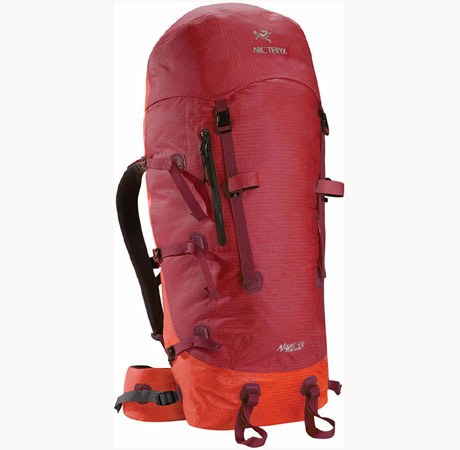 Rucksac: Arc’teryx Naos 55 Backpack, I checked out this rucksack over the weekend, it’s properly tech! Can’t believe it’s taken till now for someone to make a waterproof rucksack, really stripped down to basics and it’s just over 2kg. I like the Jasper colour shown. I need the tall version (doesn’t have an adjustable back) which is nearly 60 litres and ideal for my needs. It’s in the sale at Back Country at the moment for $386. 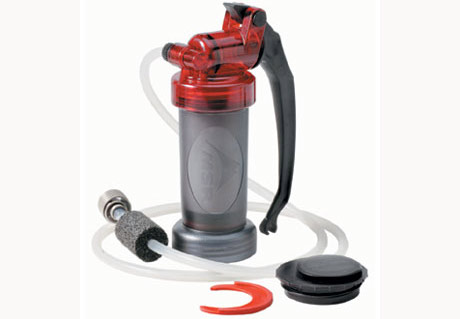 Water: I’ve never purified my water in Europe and never got ill, but I’ve read in a few places that they recommend it in the states, so I’m thinking about getting the MSR MiniWorks water filter. I’ve read a few reviews and it seems to generally recommended. On sale at Back Country for $76.

My trusty Sigg bottle has now got so many dents in it that all the paint has flaked off and it probably only holds about 3/4 of a litre. So I’m going to modernise with the MSR Cloudliner Hydration Bag mainly because it fits the filter I’m thinking of getting. Think I’ll go for the big 3 litre one at $25, for when we don’t camp very near a stream. 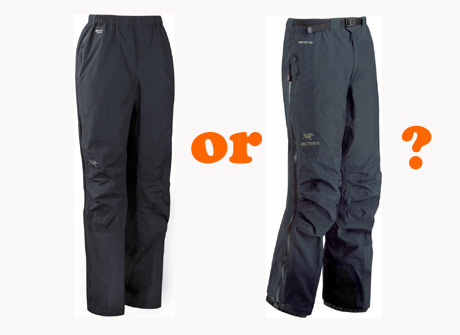 Waterproofs: I’ve already got the Arcteryx Alpha LT waterproof jacket and have been very impressed with it, so I quite fancy getting a matching pair of troussers. What I should really get is the Arcteryx Alpha SL troussers, they’re the lightest trousser Arcteryx make at 250g and are in the sale for $179. But being a designer I am a slave to style and I think the Arcteryx Beta AR Pant just look so much cooler! They’re in the sale too, but at $260 a fair bit more expensive and an extra 200g to boot… Think the Alpha LT would be best.
ima

Trekking Poles: I’ve always thought these were a bit gay, but I’m not getting any younger and I’m starting to think that they would probably be a good idea now! I know absolutely nothing about them, but I like the look of the Life-Link Guide Ultra Light Trekking Poles. Also the description – “one of the lightest and most dependable trekking poles on Earth” makes them sound like a pretty good choice? Also the choice of the US Navy Seals apparently…

Bear Barrels: Bear Vaults BV400 is my favourite barrel, being heavier and smaller volume than Wild Ideas Bearikade Expedition. But they’re $200 cheaper each and since we need 4 of them for this years walk, that makes them my first choice. You can get them $70 each from Moon Trail. Unfortunetly they only carry 7 days worth of food (and I bet that’s a generous estimate), we ideally need something that would 10 days in. So I think I’ll get 4 Ursack TKO 2.0’s, they’re not actually approved yet… here’s a list of approved containers, but we should only have food in them for a few days, so I’d rather risk it than carry the extra bulk and weight of 4 more barrels. They also make some odorproof and waterproof zip locks bags which look good.

Fishing: I’ve never been fishing, and don’t know a great deal about it, but I like the idea of living off the lands so want to try my hand at it this summer. I’ve been reading 2 books the help me out Trout Fishing the John Muir Trail by Steve Beck, which has plenty of information about the best places to fish and fly’s to use etc. But not much about the art of fishing, so I also got the excellent Curtis Creek Manifesto by Sheridan Anderson, which explains how to fly fish in the style of a comic book, which suits me very much.

The Rod: When I don’t know a great deal about something I’m generally attacted to whatever looks best. A company called Sage seems to make some pretty fine looking fishing rods, sadly the best looking ones are really expensive. But the Sage VT2 is mid priced and looks pretty smart with it’s blue paint and anodized titanium handle. They do like a million different lengths, line weights and pieces it splits up into, after a bit of research to find out what difference they meant I decided on the 4 peice rod to fit in the rucksack, the short 7 foot 9 inch rod because smaller rods are for smaller streams, and the number 4 line weight because I think the trout get too big up in the mountains. That all costs $385.

Line: But it doesn’t stop there, Ross Cimarron Fly Reel $155, Scientific Anglers Trout Floating Fly Line $60, leaders and tippets of various sizes (I don’t fully understand what these are yet). 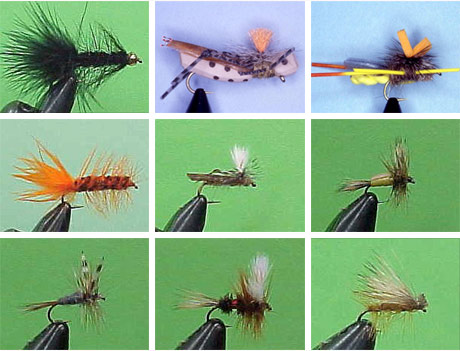 Flys: Finally there’s the fly’s, thank god I’ve got the Trout Fishing the John Muir Trail book. I would really have got confused here, there’s much to choose from! Following Steve Beck’s advices and the odd random choices from me because I like the look of them, here are the fly’s I’d need: Adams, Royal Wulff, Humpy, Elk Hair Caddis, Parachute Hopper, Aanes MoJo Hopper, Para Frankenhopper, Golden Stone Nymph, Bead Head Bugger, Henryville Special.

Well I’ve just checked my shopping basket and that lot all adds up to $700, a high price to pay to probably not catch any fish! I know I could get much cheaper kit than that above, but when me and Paul do the Continental Divide next year I was hoping they’d be getting some regular use and don’t want something that’s going to fall apart in the first week? Well if there’s any keen fishermen out there with any better advice, send it to cookie@made-in-england.org please :) That’s enough window shopping for one day I think.