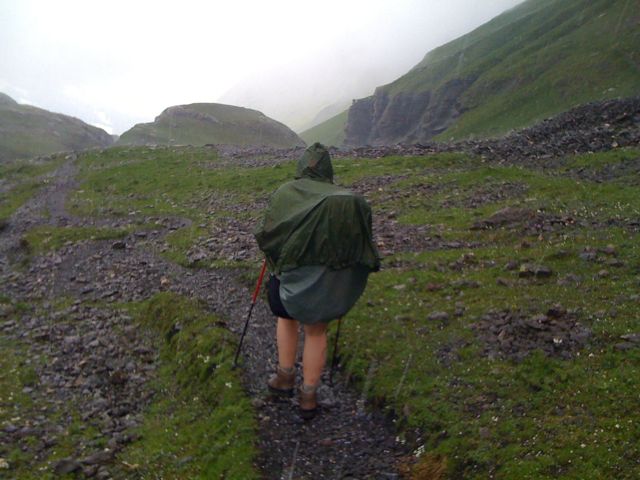 Blimey, this afternoon was one hell of a ride. When we started to descend from the pass, up came the mist… Soon after that the hail started, by the time I’d said to Nicky, there’s often thunderstorms where there’s hail – Flash, bang, whollop, right above our heads! So loud you could really feel the air vibrate. Faster and faster we charged down the mountain, the hail pummeling the back of our heads.

When it seemed the storm had past over us, the hail turned to heavy rain. Waterfalls coming down the side of the mountain swelled, the streams we had to keep crossing got bigger and browner. After a couple crossings where I had to litterally catch Nicky as she leaped across the raging torrent, we got to a crossing that looked impossible. Luckily there was a farm house nearby where found shelter from the rain. It was occupied by 2 little girls and a lot of mooing cows. Not sure where their parents were, but we managed to buy some beer off them and have a sit down to think about how we were going to get off the mountain.

Unsurprisingly it was a simple solution, after a quick look round there was actually a little footbridge down stream! So fuelled up, we headed back out and made our way down to village of Griesalp in about an hour or so, where we found a nice Berghaus to spend the night in. 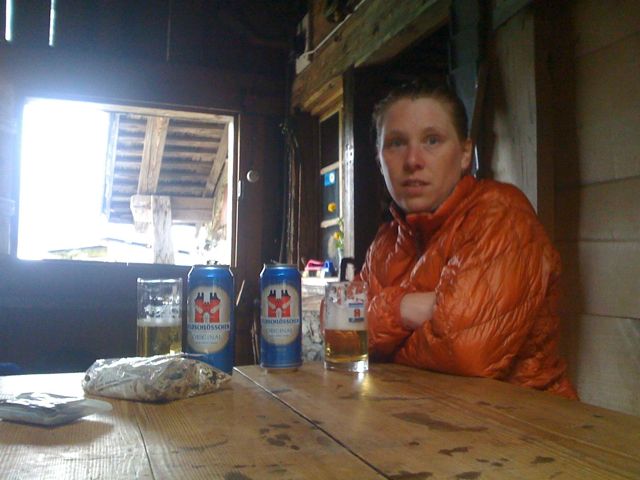