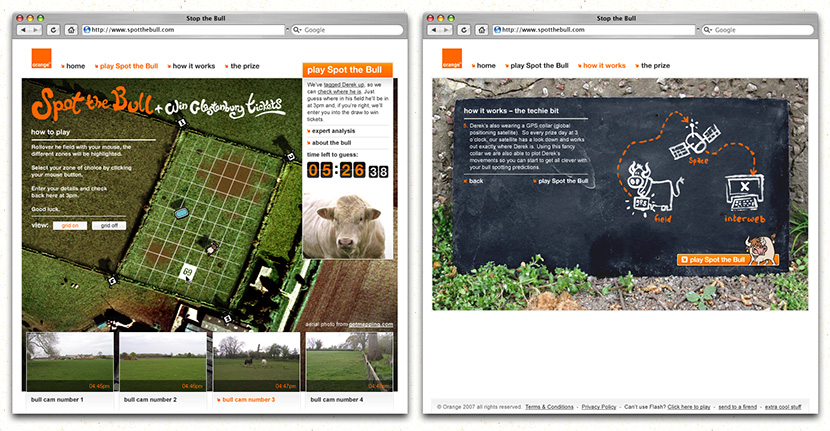 Basically there’s a Bull called Derek in a field, at a secret location in England with a GPS device strapped to it. Every day for a month if players can guess exactly where Derek will be in his field at 3pm then they can win much sought after tickets to Glastonbury. The site became a mini-phenomenon and with no media or PR support it ended up generating masses of online coverage as well as pickup in mainstream press and TV.