I’m a bit of an analogue boy at heart and have an old Leica IIIC – I my opinion the finest looking camera ever made. 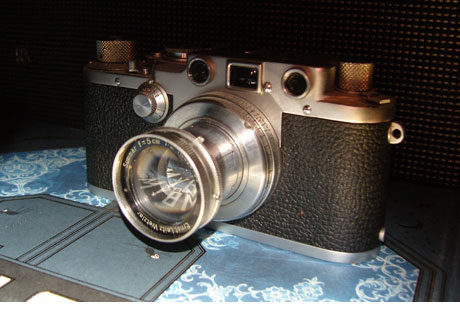 Alas in this digital age and especially because of begining to write this blog I just need something easy to carrying around and quick for getting pictures onto my mac. My first choice was obviously the Leica M8, also a bloody fine looking chap, but a modern day digital to boot. 3 grand though… a tad extrangant for taking a few snaps to put on a blog, maybe in a few years when there’s some cheap secondhand ones about? 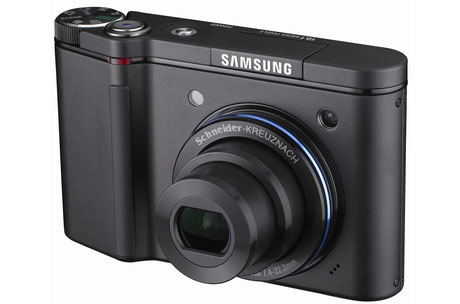 In the end I plumbed for the Samsung NV10. Not bad looking I think, stood out above the sea of shiney plastic ‘same olds’ also available. Only had it a couple of days, but impressions are pretty favourable so far. It’s got over 10 million pixels, so more detail than I’m ever going to need. It’s really compact, hardly notice carrying it round in your pocket. But the best thing for me is the novel interface. 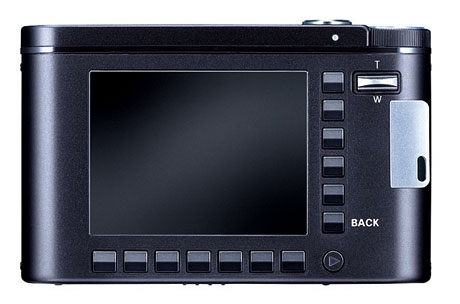 It’s got a series of vertical and horizontal button either side of the screen which are touch sensitive – they give on screen visual feedback to rollover as well and press. It’s a very well thought out 2 handed affair, you can browse, select and breeze through menus much faster than a conventional interface. I wouldn’t be surprised if this sort of thing made it’s way to mobile phone soon too, it would very much suit their menu structures.