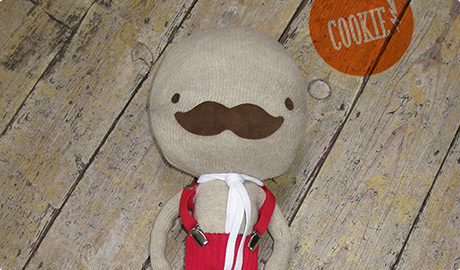 I’d say I was a bit of a Jack of all trades, I like to have a go at pretty much anything. But I’m mainly an Illustrator & Designer specialising in vectors & textures, art direction & web design.

Recently I’ve been creating the illustration style & iconography of Skype business. Designing a massive cookery and product showcase site for Philips, to replace their boring brochureware appliances section of philips.com. Stiching a London 2012 olympic mascot (got through the first round). Designing a series of t-shirts for a fashion label. Doing some infographics for the BBC and designing a blog for Cadbury’s move into sourcing Fairtrade Cocoa beans.

Designer/Illustrator/Art Director at POKE
September 2005 – May 2008

My role at Poke was mainly focussed on Web Design and Art Direction. I made everything from cock-doodling sites, charitable campaigns, sites for celebrities like David Gest and bread & butter stuff for clients like Orange and Yahoo. There was an inspiring collection of people working here and I learned a lot from them.

This was an odd move for me in retrospect, I took the role mainly because of the team of old friends I was working with from my Nortel days. I was working on developing a new mobile phone operating system – I really enjoyed the problem solving and rigerous simplication of the IA, but I missed the creative side and didn’t stay too long.

Initially hired as an illustrator and animator, I worked on a lot of online advertising campaigns from microsites to banner ads. I also developed my Web Design skills here and became lead designer on most major sites like Virgin Trains. I also spent much of my downtime on a series of pet projects that pretty much became glue’s brand intentity.

I worked at Nortel first as a 6 month placement while I was a university, and then came back once I’d graduated. It was a really great job just thinking of possible future applications for the technology that their scientists were developing. A lot of brain storming and then creating interactive presentaions explaining our ideas. Sadly when the technology shares went through the floor in 2001 the whole department was axed…

Weird degree title, but it was basically Industrial Design/Product Design. I really enjoyed this degree, they can’t teach you how to design things that haven’t been invented yet, so what they taught you was basic problem solving and creative thinking. Even though I’m not following my industrial design roots, I still think they were a solid foundation. I taught myself Flash during my time at Uni, hence the change of direction.