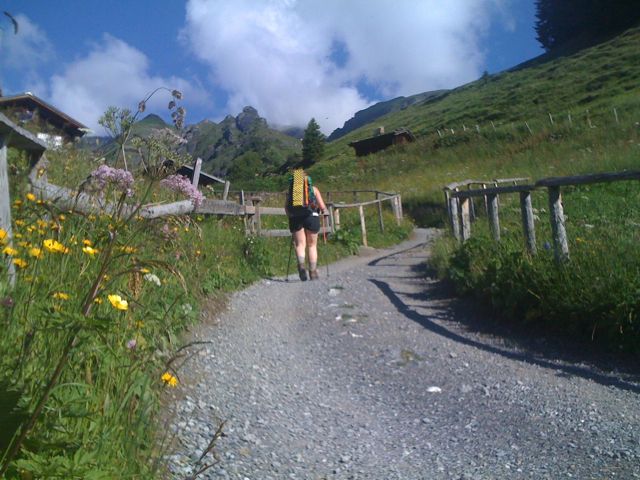 The Schilthorn is a mountain which is etched into my memory. It’s not massively high, just shy of 3000 metres, but from the valley bottom of 800m, it’s over 2000m of ascent, which for an eight year old when I first climbed it was a big deal. It’s also famous for having a revolving restaurant on the top which was a location in the James Bond movie, Her Majesty’s Secret Service. I remember being in tears when we reached the top the first time, but a 007 ice-cream (biggest I’d ever seen or since) soon put a smile back on my face :) and we descended the easy way, via cablecar.

A scene which it turns out would be somewhat reapeated this time!