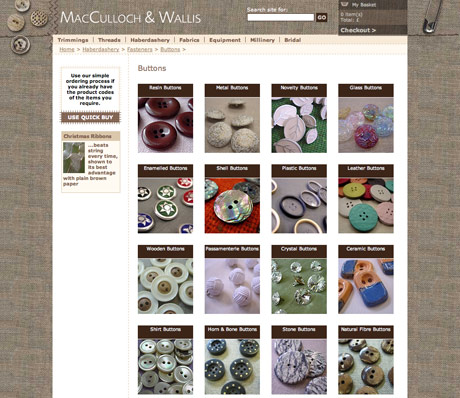 I bought some buttons and bits and bobs from MacCulloch & Wallis online store last night. I must say out of all the other online haberdashery type stores I’ve visited online, this is head and shoulders above the rest. Large variety of interesting stock, easy to navigate and use. Only shame was that they slapped on £8 for postage at the last minute, which seems a tad expensive for delivering a bunch of buttons to the other side of London.

They’ve been around since 1902, their store is Mayfair, sounds quite interesting, will have to pay it a visit next time I’m in town.