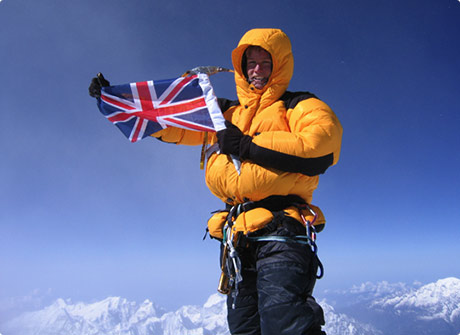 Ah crap this is not good news, just heard that on January 10th Rob Gauntlett and climbing partner James Atkinson fell to their deaths while climbing Mont Blanc. Both were only 21 years of age, but from what I’ve read of Rob, he’s crammed a lifetime’s worth of achievements into those few short years.

He was the Youngest Brit aged 19 to climb Mount Everest in 2006 with friend James Hooper, also 19 (pictured is Rob on the summit of Everest). In 2007 the pair set off on an epic journey from the North to South pole mostly on foot, bike, and ship. Completing the journey the journey in 2008 won them the much coverted National Geographic Adventurer of the Year award. What the guy could of achieved if this hadn’t of happened we can only imagine, my condolences go out to both men’s friends and families.