Each year before I go off on a big walk I generally buy some new gear, this year because I’m going away for such a long time (see sidebar) and my girlfriend Nicky is coming out too (who doesn’t have any kit) I’ve bought loads..! So here’s a roundup of the stuff that I thought was good enough to part cash with. Most of the stuff is in dollars, because the exchange rate as it is, everything is just about half price from the states. So I did all my shopping over there (via the interweb) and got it sent to a mate who I’m visiting when we get there. 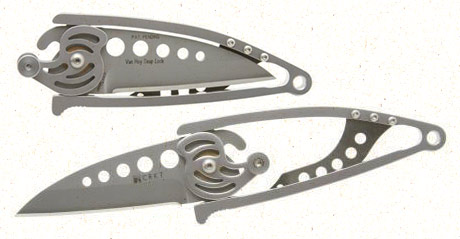 This is totally unnecessary, I hear that the proper ultralight hiker would just take a razor blade to use as a knife. But I have certain manly urges to be armed with a proper knife in the wilderness and this I thought was a fair compromise as it only weights 77g and looks reasonably mean :) Costs: $36 from Backcountry.

After much deliberating about which camcorder to get, finally Sony made my mind up by bring out the HDR-SR12E. Over 6 months I’m going to have plenty to time to record lots of video. Recording on my old camera was going to be quite expensive, buying tapes and posting them back home, not to mention the weight and bulk of them all. I initially wanted a camera that recorded onto memory cards, Sony’s new HDR-TG3 is a sexy new contender for that role. But in the end I would of either had to spend a smaller fortune on memory cards or carried around an external hard disk to back it up onto. In the end having everything together in the one unit seemed like the sensible option, no duplication.

The HDR-SR12E has a 120GB internal hard disk, recording at full quality, 1920×1080 pixels it can save 15 hours of footage. I worked out that over the length of trip that equates to about 5 minutes a day, which isn’t a huge amount. But because it’s breeze to review, delete and even split clips on the go (unlike the tape) I thought with a bit of careful pruning each day that’s probably achievable. But actually I don’t even have a HD tv, or a Blu-ray disc burner, or a computer with enough disk space to take it when it’s uncompressed… so video at that resolution is a bit of a waste on me! So I think I’ll set it to 1440 x 1080 pixels, which doubles my recording time to 30 hours and 10 minutes a day. Cost: £859 from Amazon. 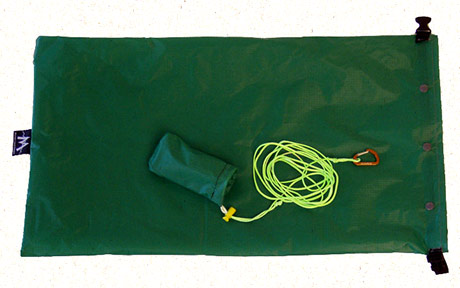 Not used one of these before, but we don’t want those pesky bears eating our food! So this is a kit to hang all our tasty treats in between two trees and out of their reach. Cost: $65 from Mountain Laurel Designs.

To be honest I couldn’t be bothered researching what was the best top out there, there’s so many… I’m sure this one will do the job and the bottom line – I just like the retro styling. Costs: $38 from Backcountry. 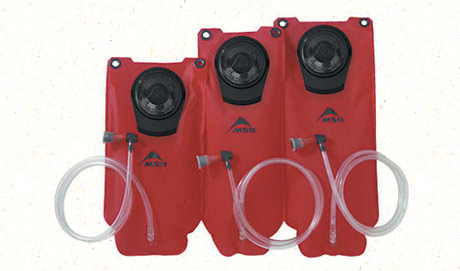 I got the lighter weight Cloudliner bag last year, but managed to hole it in about 3 places before the end of the trip… So I decided to upgrade to this one, as it a bit more durable. I went for the 2.5 litre size because the 3 litre was a bit of a squeeze into the front pocket of my rucksack. I got Nicky the 2 litre ‘cus she’s only little. Cost: $35 from Backcountry. 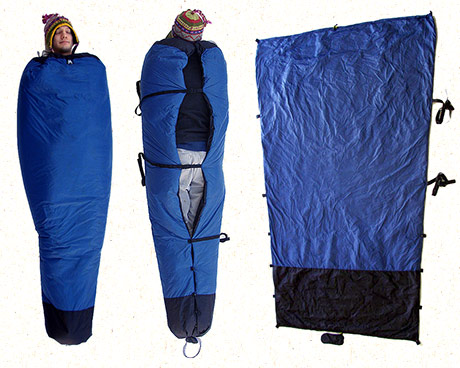 This is the sleeping bag I got for Nicky. I’m quite excited about seeing it in action, seems quite versatile. You can use it as a quilt or wrap it round you to almost be a full sleeping bag (strap in your mattress where the gap is). Apparently the insulation on the bottom is wasted when compressed, so you don’t need it. My Rab Top Bag is same and that generally holds true. I got Nicky the maximum amount of insulation 240g per square metre, thinking that when winter draws in I might swap my sleeping bag for hers. Cost: $200 from Mountain Laurel Designs.

These I got for Nicky (keep the sand & snow out). Only 46g a pair, pretty impressively lightweight. Cost: $30 from ProLite Gear. 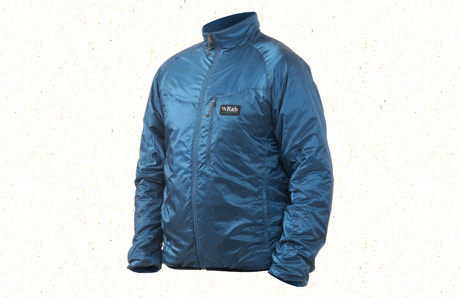 I have in the past just worn a fleece, but everyone says these new synthetic jackets are much warmer and lighter. I went for this one mainly because it’s made by Rab, a Yorkshire firm, just down the road from back home, but it also packs into your pocket & only weights 380g. Looking forward to trying it out on a cold night. Cost: $150 from ProLite Gear.

This is the jacket I got for Nicky. Nicky’s is in a nice orange colour, they don’t seem to do it any more? Well anyhow it only weighs an unbelievable 180g, they reckon that’s less than 2 carabiners! Costs: $125 from Backcountry.

These are the poles I got for Nicky. Don’t know much about poles, but Nicky likes red and apparently “it’s one of the lightest and most dependable trekking poles on Earth” – that’ll do for me. They weigh in at 454g. Cost: $100 from backcountry. 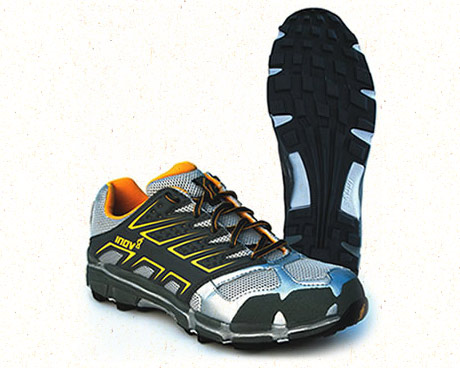 I was a bit naughty getting these – I did the classic faux par of buying a pair of shoes that I’d never tried on, just to save a little bit of cash… I did try a similar Inov 8 trainer in the UK to check sizes, lets just hope they’re comfortable when I pick them up from John’s in a couple of weeks. They’d better be, because I’m relying on them taking right across New Mexico shortly after! I picked these ones once again because they’re a british company, this time hailing from the Lake District. But also because I’d heard good things about them. I’ve never been hiking in trainers before, but all the ultralight folk reckon it’s the way forward. New Mexico isn’t too mountainous and there’s much dirt track walking, so it seem the perfect time to try them out. Certainly going the lighten the load at only 320g. Cost: $100 from ProLite Gear. 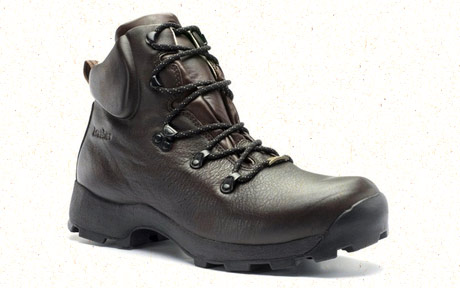 I’ve bought these boots to post out to myself at the end of New Mexico, ready for a bit of snow stomping when we get into Colorado (they’ve had twice as much as usual this year…) Made by Brasher, another British company, I’ve been wearing them round London for a week or so and they feel pretty good. They felt in the shop lighter than many of the fabric boots, come in at just over 1kg. Cost: £125 from Brasher.

I got two of these! One for me and one for Nicky. I’ve always just used a foam pad, but have been impressed by the extra comfort of Paul’s Therm-a-Rest, so decided to upgrade. This one is significantly lighter (only 300g) than the Therma-a-Rest’s, mainly due to the fact that it only covers your shoulders down to your arse (81cm)… they reckon you don’t need it for your legs anyhow! Costs: $60 from Backpacking Light. 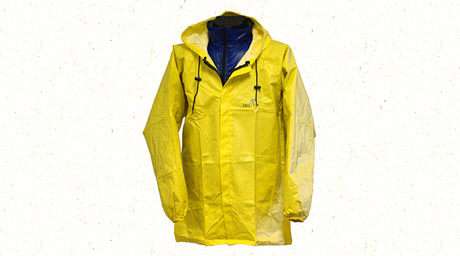 This really is a piece of shit, but waterproofs cost a shit load and this baby’s only $15! So what do you get for about £8? Not a great deal, but hopefully it won’t fall apart instantly and last Nicky for the 2 weeks she’s out walking with me. Only weighs 340g (troussers & jacket) so at least she’ll be able to run for cover quickly when it does start raining :) Cost: $15 from Backpacking Light.

Check this bad boy out, couldn’t resist taking a good old bit of British tweed along with me. This has the added bonus of being lined in Gore-Tex to keep my head dry. Although I’ll probably regret that when the sun’s beating down, but hey, I’ll look pretty damn fine ;) Think I must of bought the last one, doesn’t seem for sale anymore, can get it from Japan here though. 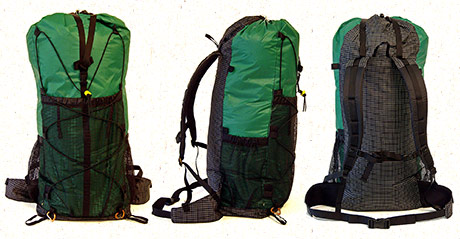 This is a pretty bare bones pack, no internal frame, just a bag with some shoulder straps! But because I’ve tried to kit Nicky in the lightest possible stuff, she shouldn’t have much more than 2kg to go in there, so support shouldn’t be an issue. I’ve read that you can actually use your inflated and folded mattress as an internal support. It’s got a 47L capacity and weights an incredible 310g! Costs: $165 from Mountain Laurel Designs.

Finally there’s our phone, the Nokia N82. We landed on our feet a bit with this one, when my friend Nathan heard about our big walk, he was working on promoting this new sports tracker model. He suggested to Nokia that it would be in the best interests of both of us if they gave us one with a paid SIM so that we could use it to blog our way across America! Haven’t actually got it yet, but hopefully it’ll be tracking our GPS position, taking our pictures and keeping this blog updated shortly :)

Well there was a few other bits and pieces I bought like stuff sacks and zip lock bags etc.. but I think this post is quite long enough as it is.

Hint: Anyone manucfacturers want to send me any free kit to test out, I’ll be happy to oblige :P