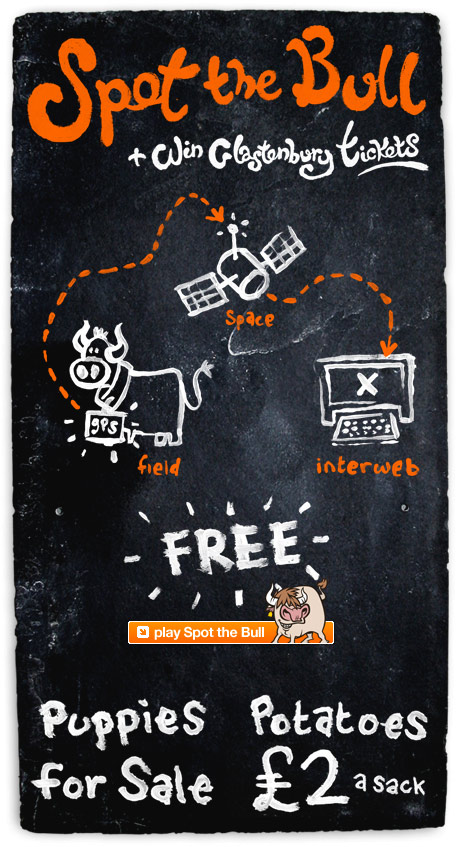 My latest project at POKE has just launched! Basically there’s a Bull called Derek in a field, at a secret location in England with a GPS device strapped to it (with no pain or discomfort). Every day for the rest of the month if players can guess exactly where Derek will be in his field at 3pm then they can win much sought after tickets to Glastonbury.

Go play the game now over at Spot the Bull.

As is often the case with Orange… They were a bit heavy handed with the old brand guidelines for my liking :( It just looks a bit too corporate for what is supposed to be a fun online game in my opinion. I’ve posted a screengrab below a version I was much happier with to make me feel a bit better ;) But I shouldn’t let my bitter design grievances detract from what is otherwise a formidably ambitious and excellent project, banged out the door at breakneck speed. Roope’s concept for the game was a classic, Knotty deserves most the credit though, he didn’t have much time to get all technical bits & peices working (probably less than half the time he needed), but he pulled it off and it works Great!

How it could of been: 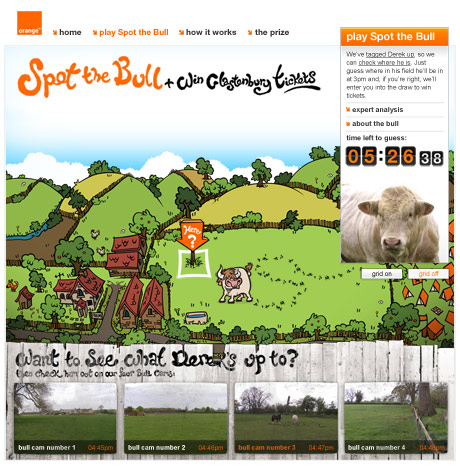 2 thoughts on “Spot the Bull”