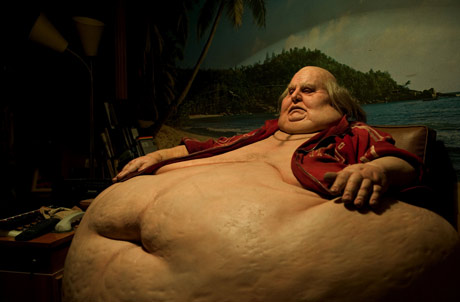 I saw the film Taxidermia by GyÃ¶rgy PÃ¡lfi last night at the ICA. Black comedy doesn’t quite sum this film up… It’s fucking weird! I was initially drawn in by the description that said a man shoots fire from his penis, sweet I thought, gotta see that! Fiery ejaculations were dealt with fairly quickly then it descended into none stop vom fest. I must say that the vomming in this film is some of the finest and most realistic I’ve ever come across. It’s production is top notch and some interesting camera work, they must of had a fair budget for such a bonkers niche film. Best bit for me was a close up shot of a bird doing a poo, not quite sure why… but it was comic genius! What ever you do don’t take a girl to see this film unless she’s made of reasonably stern stuff.