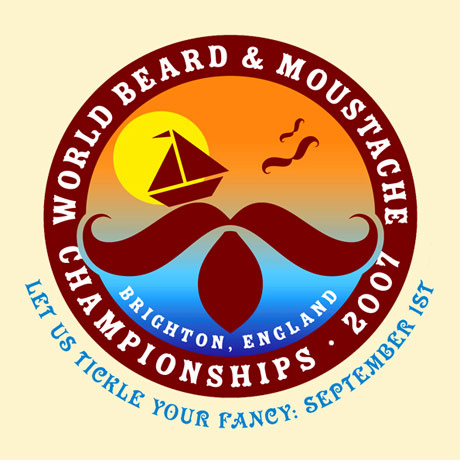 As some of you may have noticed, I have a moustache. Some of my not be aware though that it is representing team GB at the World Beard & Moustache Championships this year.

“The World Beard and Moustache Championships is a biennial event participated by beard and moustache wearers from all over the world. A different country will host the event as decided by The World Beard & Moustache Association (WBMA)”

It’s hosted by The Handlebar Club and will be held on 1st September 2007 at The Brighton Centre on the seafront of Brighton, Sussex.

As you can imagine, demand for tickets to an event of this calibre is likely to be high, so I’m giving you an early nod towards the supporters tickets which have just gone on sale, you can get them online for Â£5 from ticket web. 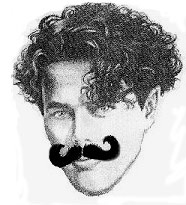 The category I’ve entered is the Imperial Moustache, which is supposed to look something like this.

“Small and bushy with tips arching up. The hairs are only allowed to start growing up to the end of the upper lip. Aids are allowed.”

I’m sure they’ll be some fancy dress action too, I can guarantee I’ll make a dick of myself. Here’s some Photos of the last event in Berlin 2 years ago.

Hope you see you there!