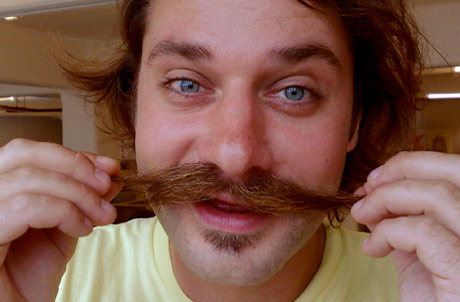 Well it’s been about a year and a half in the growing, but finally my tache’s big day is almost here! This Saturday (1st Sept) Brighton will be inundated with hirsute gentlemen from around the world to compete in the The World Beard & Moustache
Championships 2007. The competition is going to be hot, I probably don’t stand a chance, but I reckon the outfit I’ve got planned should raise a few laughs! The plan for the day is as follows:

11.00am – 12.00 noon Hairy parade, from Brighton Town Hall to the Brighton Centre. Nominated charity will collect donations via buckets on route. Apparently there’ll be Morris Men dancing too.

The event is being held at the Brighton Centre.

1.00pm – 2.30pm Moustache Competition (this is when you’re going to have to be there to see me in action)

Should be a great day out with lots of bizarre characters, tickets still available (you can pay on the door too) if you want head down and cheer me on :)