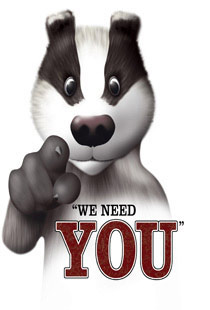 I’ve been blogging a fair bit about badgers recently and was quite shocked this morning when I found out that the government is planning a mass slaughter of them!

Sign the RSPCA petition today, the government are due to make a decision in the next month or so on whether to go ahead with a cull of badgers as a means of controlling bovine TB in England.

This advice goes against the conclusions of the Government appointed Independent Scientific Group on cattle TB, published in June, after a 10 year study. Their conclusion was that while badgers are a source of bovine TB in cattle, badger culling can make no meaningful contribution to cattle TB control in Britain. The evidence was that some culling policies could make matters worse rather than better.

More information on the RSPCA site.

One thought on “Back off badgers!”